Riding through a monkey puzzle forest 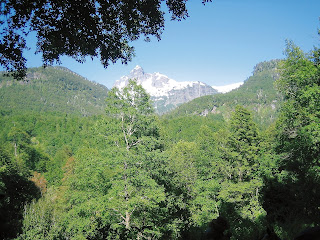 As we rode up into the Andes mountains we came across more and more monkey puzzle trees. I had never seen so many growing together. 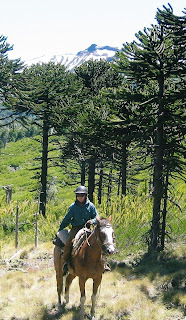 It began to dawn on me that I had never seen them in the wild. This is because the monkey puzzle is naturally found in only a small area, high up on the Argentinian border with Chile where they grow alongside bamboo and a variety of deciduous trees. 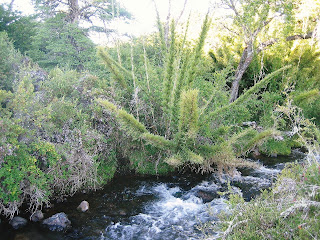 I didn't know that there were both male and female trees or that you could eat the seeds in the same way as you can eat pine nuts. 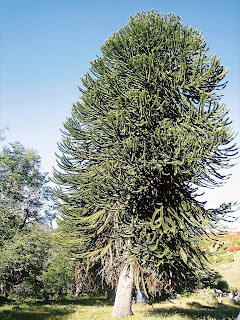 I believe it was Charles Darwin who gained some of these seeds during his epic voyage in HMS Beagle. These did well in the moist British climate and soon it was all the rage to grown one and they sprang up outside Victorian villas. 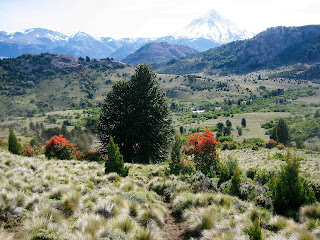 It was wonderful to see monkey puzzle tress growing in the mountains where they belong. We came across some of great height that must have been 400 years old or more. Of course they have not been in Europe long enough to gain such a great age. 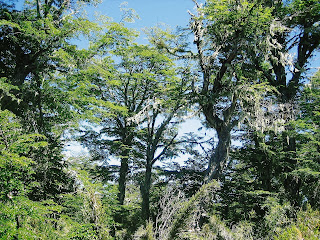 Other trees on the mountainside were hanging with moss - indicating just how high the rainfall can be. 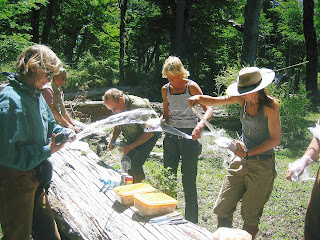 It resembled the copious wrapping on the roast chicken kept in our saddlebags for lunch, which was laid out on the trunk of a monkey puzzle that had come down sometime before. 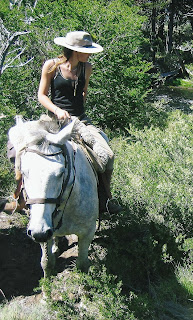 We rode on, climbing steadily. The going was slow but the sun shone and the varied vegetation held our interest. 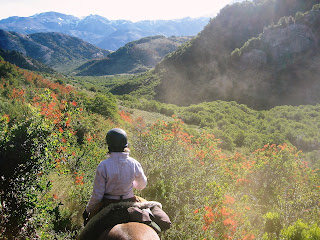 It was spring and the mountain flowers were blooming all around us. 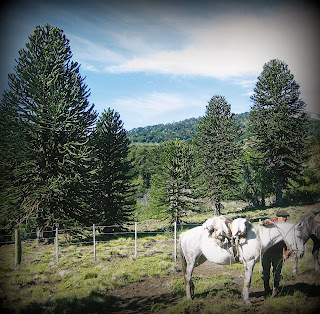 Eventually we stopped under a grove of near a useful fenced paddock. 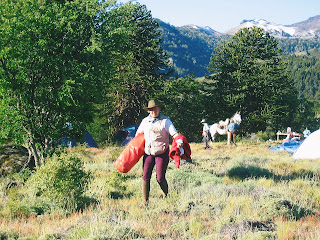 Whilst we made up our camp for the night the horses were able to freely graze on the slopes. 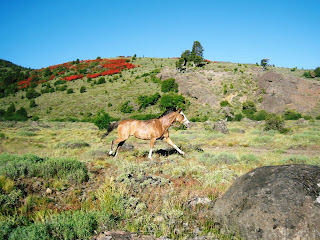 Our guides relaxed in the shade. 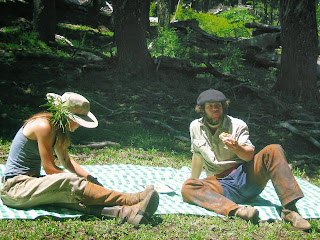 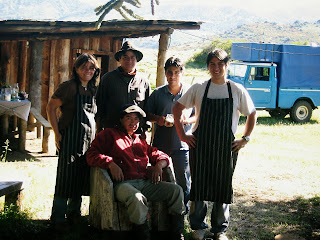 A well-earned meal, cooked along with Monkey Puzzle nuts on an open fire. 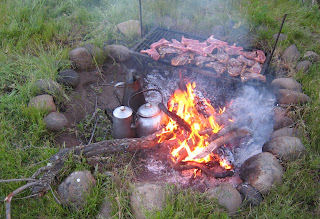