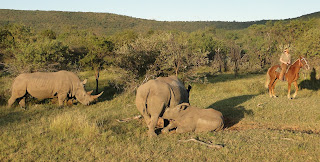 A conventional English girl arrives in to work as a cook for a friend running horse safaris on a game reserve.  This is in 1992.  There were yellow road signs declaring Bonsmara is die race and another on the way into town saying Dit is die Volkstaat.  Sophie had heard of biltong but knew nothing of Afrikaans culture.  She’d known there was black on black violence but not that she would have to learn how to use a semi-automatic.  She knew there were rhino and elephant on the reserve but not that she would end up working as the safari guide.  In the dark.  On a horse.  Lost.  With completely innocent tourists on other horses.
Almost inevitably Sophie falls in love with a game ranger. The results are disastrous but once her heart is broken she takes off, travelling into the remote and daunting wildernesses of southern with a paintbrush.  Before we know it she is setting up wildlife documentaries from the Swazi border and sending Blue Peter off into the Kalahari. In the process of researching a series for the BBC Natural History Unit she is nearly skewered by a charging rhino. The subsequent painting was auctioned in Bond Street.
Somehow, despite breaking her pelvis, Sophie learnt to survive in deepest, darkest Boer-dom and lived to ride across the , the Masia Mara and beyond. The Bonsmara turned out to be a breed of cow. As AIDS gripped S.Africa the Volkstaat sign was replaced by a cemetery but she learnt how to say Red sky at night in Afrikaans.
Meanwhile, back in her heavily pregnant sister is being hoisted into an apple tree dressed as a pixie. This is described by another sister obliged to rear her children in Osnabrück while her husband is busy escorting Kate Adie around . In full battle dress. Under gunfire and mortar attack.
Sophie offers to fly back from but her sisters assure her that all they need to know is how to deal effectively with their septic tanks.  Immersed in domesticity, they continue to write of their happy lives, their horses and bullterriers. It is only when Sophie is completely out of touch, taking supplies to an orphanage in , that disaster strikes. Her sister Tamzin is squashed by the pony Sophie bought her children and is sent to hospital for brain scans. While her head was protected her lungs suffered badly and she very nearly died.
In the end Sophie does find international acclaim as a wildlife artist.  A kind of fame.  But hardly fortune.  Of all her work executed in the African bush it is a picture of a disgruntled looking warthog that wins people’s hearts.  It’s a notice designed to hang in the lavatory, pleading on behalf of the delicate digestive system of a septic tank.

Posted by Sophie Neville at 10:34 No comments: 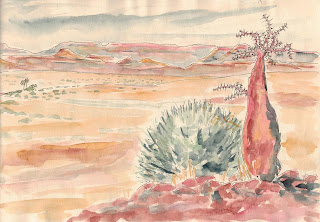 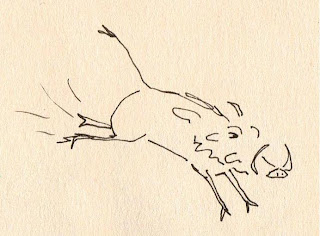 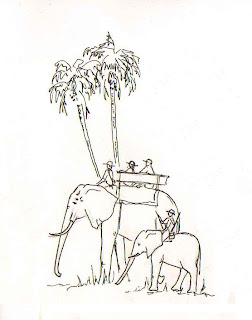 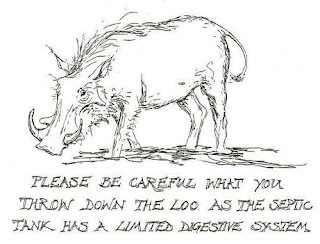 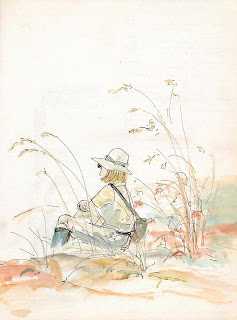 Posted by Sophie Neville at 10:01 No comments: