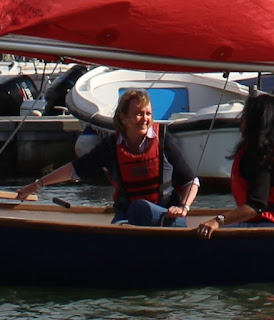 Sophie Neville with Nina Ninnar on ITV News at Ten

This summer, Sophie Neville, author of 'Ride the Wings of Morning' has been promoting the outdoor-life style on national television and BBC Radio in the UK and beyond. 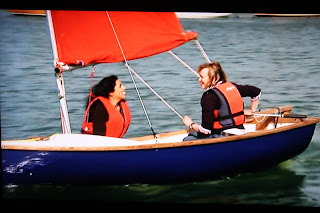 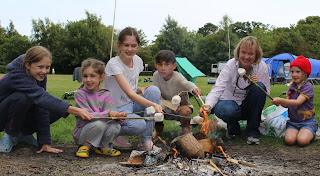 'A grab a chance', Arthur Ransome wrote, 'and you won't be sorry for a Might Has Been.' Since Sophie starred as Titty in the original film of 'Swallow and Amazons' she has been interviewed about her life in the weekend supplements in view of the release of the new adaption, released in cinemas on 19th August. 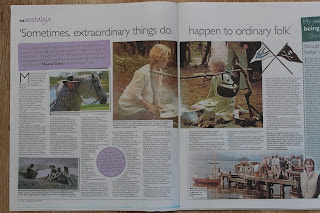 Both in her own rights and as President of The Arthur Ransome Society: 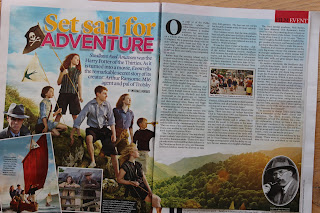 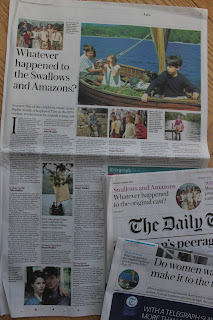 Sophie Neville published in the Telegraph

and will next appear on BBC Television on 18th August speaking about: 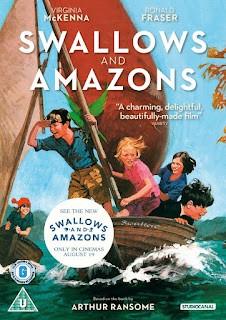 Posted by Sophie Neville at 03:32 No comments:

Email ThisBlogThis!Share to TwitterShare to FacebookShare to Pinterest
Labels: News of summer camps in the UK, Outdoor activities in the News, raising awareness of outdoor activities on the News, sailing for young people, writing for the Telegraph
Newer Posts Older Posts Home
Subscribe to: Posts (Atom)