A conventional English girl arrived in South Africa, to help a friend run horseback safaris on a game reserve in the Northern Transvaal.

It was 1992. There were yellow road signs declaring "Dit is die Volkstaat".

Sophie had heard of "biltong" but knew nothing of Afrikaans culture. She was aware of poachers, but not of the danger of sausage trees. Nor how to cook a gemsquash on the campfire without causing an explosion. She understood there were rhino on the reserve, but not that she would end up working as the safari guide. In the dark. On a stallion. Lost. With completely innocent tourists on other horses.

This upbeat true story, the sequel to her book 'Funnily Enough', is told through correspondence sent back and forth between Sophie Neville and her family in England.

Armed only with a paintbrush, she set off on a variety of adventures into the wilderness, to illustrate the beauty, diversity and warmth of the great continent. 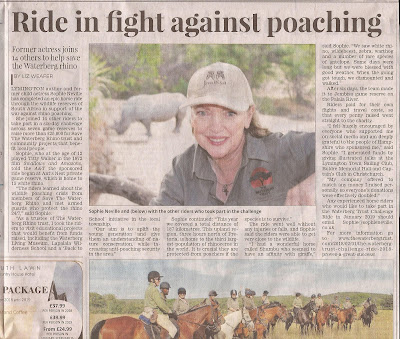 Featured in 2018 news reports and magazines 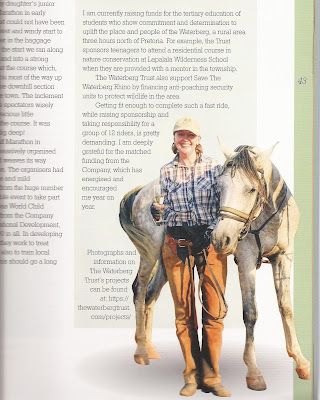 Raising funds for Save the Waterberg Rhino and associated community projects in S.Africa 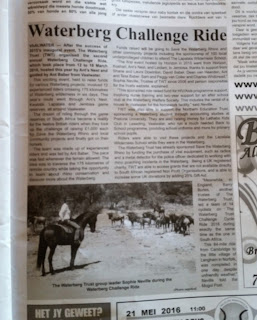 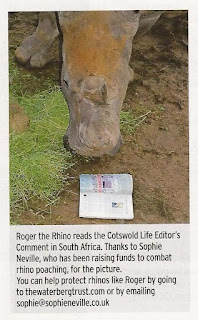 'Ride the Wings of Morning'
is available
in Paperback and Hardback with black and white illustrations
in Amazon paperback
and
from Lulu.com.

“No one else has written a travel book for girls nor one that compares life back here with the precarious existence Sophie leads in Africa... It’ll sell because it’s funny; we need another Gerald Durrell.” 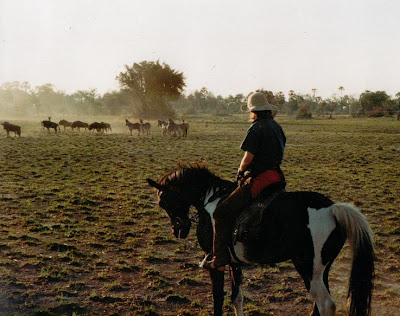 A US radio interview with Sophie, by Dr Diane Dike of BlogRadio - to listen, click here.


Richard Kay talks to Sophie Neville in The Daily Mail

A live reading event for charity

The Quay Book Club discussed 'Ride the Wings of Morning' with Sophie Neville.

Sophie Neville with Virginia McKenna, April 2012. Do we still look alike? Claude Whatham cast us as daughter and mother in  for the 1974 EMI movie Swallows & Amazons.

Introduced to the audience at the Kempsford Literary Festival, when Virginia McKenna was speaking on her book 'The Life in My Years' and her work with the Born Free Foundation who have used some of Sophie's wildlfie illustrations as charity Christmas Cards. 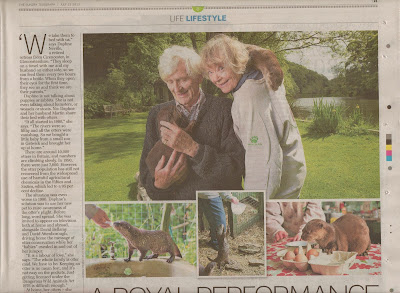 The otters and my parents, who appear in 'Ride the Wings of Morning' were featured in The Sunday Telegraph on 21st July 2013.

The Times, Daily Telegraph and Daily Express all published colour photographs after I took our otter Beenie to open the Wildlife Art Exhibition at the Podium in Bath. 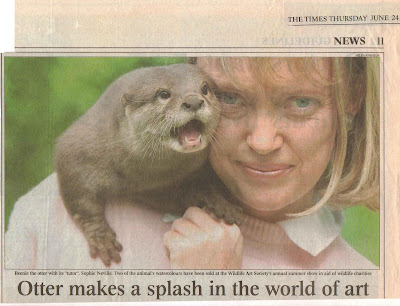 Back in 2001 I found myself on the front cover of the Daily Telegraph when introducing my otter to the Prince of Wales. 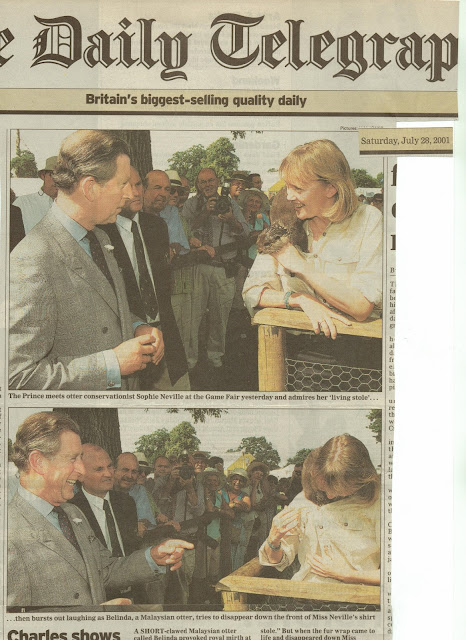