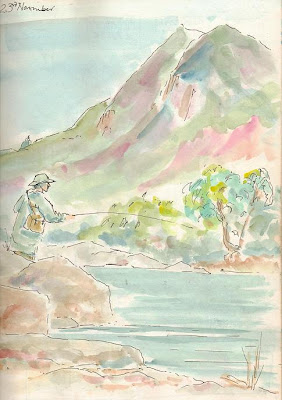 I was able to go on a number of trips to paint in Zimbabwe in the 1990s. 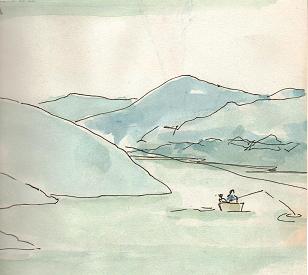 British friends of mine serving with BMAT were stationed up in the hills on the Mozambique border where it was possible to fish for trout. 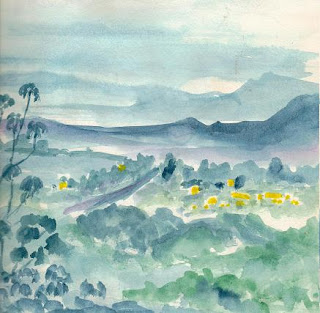 I had other friends who were farming near Chegutu who kindly invited me to stay, giving me time to sketch 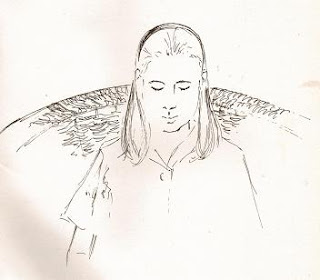 Their daughter Jenny was thirteen then and we would sit, peacefully drawing together. 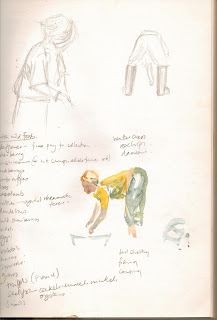 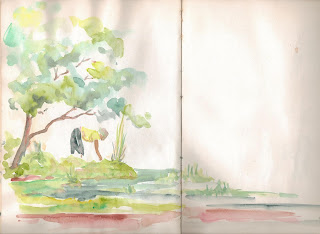 I left them several framed paintings including one of this lady washing clothes and another of their prize Brahman bull. 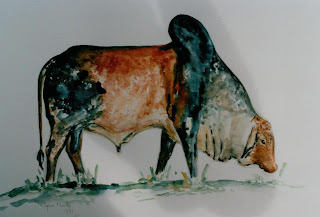 When their farm was invaded, they had so little time to pack that some of their pictures were left behind. Eventually they made contact by e-mail from Australia telling me of their loss. I spent a wet afternoon sending them these scans from my sketchbook to remind them of their life in Africa.