BBC Television
Elstree Studios
Borehamwood
Hertfordshire
27th February 1992
Dear Sophie,
Guess what I’m doing? Another couple of weeks’ filming, playing an expectant mother in frumpy clothes and greasy hair. Not glamorous. The BBC must have me down as a permanently pregnant actress. Only this time my bump is real and the ‘wrap’ is around 2.00am.
I’m sitting outside Make-up with a polystyrene cup of tea, waiting to be used. I must be mad to give up my comfortable suburban existence, but Robert is on leave from soldiering, so I might as well earn some pennies whilst I have a resident babysitter for Atalanta.
We are now well installed in . I was quite shell-shocked at first. The outside of our quarter is perfectly hideous, but inside is a great improvement on the last. It feels more like living in an ice-cream container than a tub of margarine. And it has a DISHWASHER, yes I’m becoming quite ordinary. Just to make you feel a million miles away I’ll tell you about my local supermarket. Sophie, it is horrific – it has sixty, yes, 60 checkout tills. It takes half a packet of biscuits to get Atalanta around without whingeing.
The real walks here are great though, straight from the back door into the ferny woods. Only problem is that Teddy and his pushchair usually have to come too, so my relaxing stroll is spent heaving him over tree stumps and dykes. The Army keep spraying vanilla smoke everywhere, which is a bit weird. It turns your nostrils black.
Mum and Dad dropped in; Mum had just finished a two-hour photo session in London, dressed as a policewoman in a size 12 mini-skirt and high, black, patent leather shoes.
One of the other policewomen said, ‘There’s a man over there peeing himself.’ (laughing)
It was Dad. He got glared at, which he said made him laugh even more. Mum said, indignantly, that she was doing it for an important German advertising company and was staggeringly well paid. She wasn’t clear about what product they were promoting. By the time she reached us she was not in a good mood, demanding a hot-water bottle and a pair of Robert’s socks.
‘Daddy,’ she said, tartly, ‘has done nothing all week except strip the old paint off his boat. I hope he’s not expecting me to go onboard.’
She hates getting cold feet.
Tamzin and Jonnie came to supper. They were very naughty about the people coming to see their cottage. Tamzin took a brief look round and declared that my house looks like a squash court; it’s quite true. Perhaps I should mark out the floor with red lines.
I need to get Atalanta a tricycle for her birthday – she wants a pink one, isn’t that typical? Tamzin said her friend Raddy has a little girl who wanted a pink one too. Raddy found an old bike on the dump and just painted it herself. The child caught her at it but seemed quite satisfied, despite the fact that it definitely looked a bit ropey.
Your car has been a real help. We even managed to get £7 a month off the insurance for keeping it out of London - Damnit, you could have claimed for all that time you were staying with Mum and Dad in Gloucestershire.
I’m visualising your very different existence now. I bet you won’t want to come back, but you will have to, to meet your new nephew/niece. I’m due in June, (if you can say that).
Lots of love,
Perry 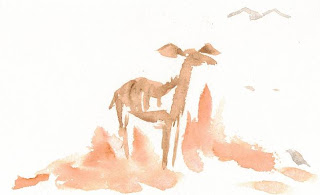 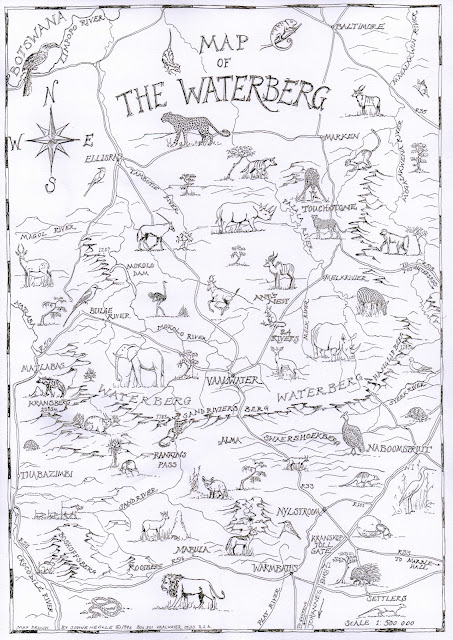 Donald is good at fixing things. Rebecca said,
‘Donald, there’s something wrong with the electricity in this kitchen.’ There was too. He found two dead rats in the fuse box. They had been electrocuted.
‘ROUSES!’ said Sarah-Jane at the top of her voice. Her bullterrier, Tigger, who normally spends the whole day asleep on the sofa, sped into the kitchen and started looking about frantically. Donald moved the fridge. There was a streak and another rodent, the size of a cat I might say, was exterminated.
‘They have to go,’ said Donald, the animal lover, ‘Or you will attract snakes.’
‘Not snakes,’ (me).
‘Right,’ said Donald. ‘The feed shed.’
And went striding over to the place where the horse food is kept. A primeval instinct to hunt rose within me as I started moving tools and Donald heaved sacks around, urging Tigger on. It was all dust and mayhem. After a completely hectic fifteen minutes we managed to find one small mouse. It was dispatched very quickly.
I don’t know why everyone is so besotted by Rebecca’s pet. She stayed behind to nurture it while we packed sleeping bags and food onto the horses and rode off to camp down by the with the clients. We had to; Johann was still finishing the loos.
It is such varied, stunning country. The vegetation changes dramatically as you ride towards the river and the view changes at every turn. We started coming across hippo tracks when we were still high in the hills. Donald told me that they’ll easily wander two kilometres from the river at night in search of grazing, but I was amazed that they had tackled such steep, stony tracks. They’re deemed dangerous, being responsible for more deaths than any other animal in .
‘Apart from the mosquito,’ Sarah-Jane put in.
As there was no sign of hippo in the river we tied up the horses on a picket line and climbed along a ledge under a high cliff face to find more Bushmen paintings; little stick-like people and exquisite pictures of animals.
There were enough tents for the guests, but Donald, Sarah-Jane, Wendy and I slept out by the horses. This sounds romantic, but it wasn’t. It was smelly. The horses exude so much methane you can’t breathe. They don’t sleep much, they only need about three hours and spend the rest of the time chomping away or bickering. You’d think you could lie on your saddle blanket, but you can’t. After riding all day they’re drenched with sweat.
We slept on a groundsheet but the moon was so bright that I kept waking, thinking someone had left the light on. The next moment it was like trying to sleep in a disco. Sheets of lightning were flashing around us and rain started to come down. Donald wrapped the groundsheet round himself, but us girls barged in on the clients without any warning or any shame; Sarah-Jane and her revolver with one man, Wendy with another and me with two rather terrified girls. Luckily they all made it back.
Must go and make twelve beds and a vat of beef stroganoff.
Lots of love,
Sophie 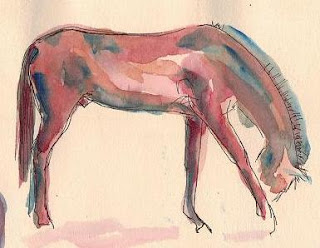